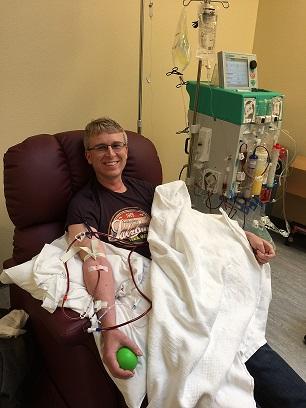 Dr. Klinghardt has been my primary mentor for many years, and I credit him with being the guide that has led me back to a good state of health.  In 2013, Dr. Klinghardt started sharing his thoughts on filtration apheresis.  I shared some of his thoughts from a May 2013 lecture on my blog.  Until recently, apheresis of this nature has been available only outside of the United States; though similar treatment has been available in the United States for conditions such as hyperlipidemia.

A number of patients have traveled to Cham, Germany to pursue this method of detoxification.  Some have had remarkable progress while others have seen less notable benefits; though this is the nature of a chronic illness such as Lyme disease.

In an apheresis procedure, blood is removed from the body from one arm, filtered through a series of filters, and then returned in the other arm minus many of the compounds that contribute to illness. 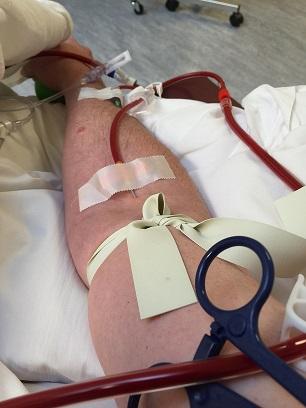 I was interested in the procedure academically, but was at a point in my recovery where another trip to Germany for medical treatment was not high on my list of considerations.  Fortunately, in September 2014, a similar procedure was made available in the United States.  Isaac Eliaz MD, LAc offers apheresis at his Amitabha Medical Clinic and Healing Center in Santa Rosa, CA.

I have known about Dr. Eliaz' work for many years as he is well-known for having been the creator of Pectasol which is a commonly used binder in those with Lyme disease.  I had always hoped to meet Dr. Eliaz and learn more about his work and had mutual friends that had worked with him for some time.  In May 2014 at Dr. Klinghardt's conference in Seattle, Dr. Eliaz and I both attended and were fortunate enough to have dinner.

I kept in touch with him for several months knowing that he was working on offering this apheresis treatments in his clinic.  Just three months ago, he started doing apheresis with his patients.  A US patent was awarded and is discussed here.  He uses the B. Braun system and combines the apheresis with a personalized series of interventions throughout the session.  The procedure is intended to remove inflammatory compounds and other factors that contribute to hyperviscosity from the blood.  Additionally, the procedure enhances detoxification and chelation treatments.

Dr. Eliaz does before and after blood testing looking at a number of inflammatory and hyperviscocity markers.  One of the markers he is particularly interested in is Galectin-3.  Galectin-3 is found to be elevated in those with inflammatory conditions.  Galectin-3 also plays a role in the formation of biofilms.  Modified Citrus Pectin (Pectasol) also reduces Galectin-3 and is discussed in The Truth About Treating Lyme Disease.

The treatment is aimed at pulling a number of positively charged toxins from the system including heavy metals and mycotoxins.

Given that the clinic is only about 2 hours from where I live, I decided to pursue the treatment as a way to further detoxify my body.  I have done two sessions and will revisit a possible third session in a few months.  While I was already doing very well and thus did not feel any major changes thus far, I am glad that I pursued the therapy as I wholeheartedly believe that detoxification is a key to recovering from chronic illness.

Dr. Eliaz and his team, including Nafysa Parpia ND and the wonderful nursing and support staff, were superb and I feel very blessed to have worked with them.  Several others that I know with Lyme have also started to do the procedures in Santa Rosa, and it will be interesting to get more feedback from people that have done it over the next several months.

Dr. Eliaz spoke at the Silicon Valley Health Institute in November and talked about apheresis at the end of his lecture:

If you are interested in learning more, you can contact Dr. Eliaz' office at the Amitabha Medical Clinic and Healing Center.

Update May 2015: I have been asked recently how things went after the apheresis and wanted to provide a short update.  While I know people that have been helped by apheresis, it isn't clear at this stage whether or not there was a benefit for me personally.  I have reacted paradoxically to some treatments in the past and seem to have to this one as well.  Where the original intent of doing it was to lower inflammation, my inflammation actually became much worse after two sessions and has persisted now for almost six months; improving steadily with a number of other interventions.  With all of the things that we do at any given time, I cannot say for certain it was the apheresis, but that's the most logical conclusion at this time.  With my other practitioners who assisted after my inflammation worsened, they consistently and separately identified heavy metals, chemicals, and other toxins in my neck, shoulders, and head area after the procedure when the pain levels had notably increased.

A couple of thoughts that I have in terms of what I would have done differently are: 1) I would have first ensured that my functional methylation panel from HDRI was optimal before doing the procedure such that my methylation was ready to handle the movement of metals which may occur afterwards and 2) I would have ensured even more focus on detoxification, binding, and metal support after the procedures.

I think that the apheresis was likely so effective in removing toxins from the blood, that the body then started to release toxins stored in other areas which led to an immune/inflammatory response.  I have heard of similar responses from people that have done a similar procedure in Germany as well as the one I did here in the United States.  Like anything, we can't predict how each person will respond.

I think Dr. Eliaz and his team are of the highest intention, and I have tremendous respect for Dr. Eliaz and his work.  I do believe that my response has been uncommon.  I'm still hoping that as we continue to work on further heavy metal detoxification that I will look back and see even higher levels of health and feel that I am in an even better place. 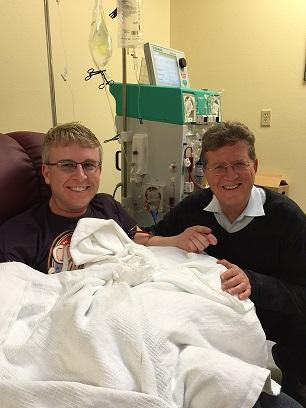 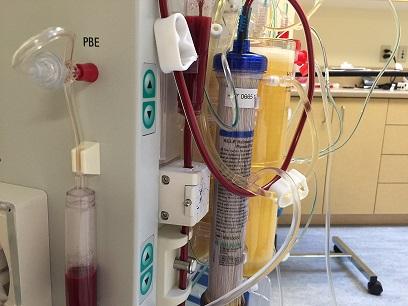 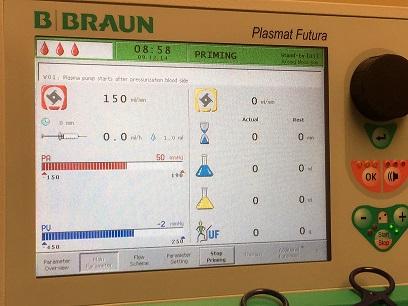