While this blog post will not cover all of the details of the event, further information can be learned from either the recordings of this event available through Gordon Medical Associates or via several learning opportunities at SurvivingMold.com.

If your doctor is not already familiar with Dr. Shoemaker's treatment approach, ask them to get the Physician's Approach to Biotoxin Illness DVDs or the Surviving Mold book and get educated on the protocol. The more doctors that learn how to treat biotoxin illnesses, the better off we will all be.

The biggest takeaway for me from the weekend was one that I had already known, but it is also one that I cannot reinforce enough how strongly I feel about it. In my opinion based on what I have learned from Dr. Shoemaker's work, everyone with Lyme should have their HLA genetic testing done so that they understand if it is Lyme toxins, mold toxins, or both that they are inefficient in identifying and excreting. This information may change the course of your treatment. Additionally, if one is a mold-susceptible type, I think it is critical to have the ERMI testing done to see if your living environment is save. If one has a mold-susceptible type, an ERMI of < 2 is the goal. Anything higher than that is potentially unsafe and negatively impacting your health.

Ignoring the mold issue while treating Lyme disease is, in my opinion, much like trying to keep a boat filling up with water from sinking by using a cup to dump the water overboard when the boat itself has several holes in the bottom. You just can't win unless we evaluate and address all of the factors involved in our ill-health. Mold is often a very critical and overlooked factor.

I'm very excited about Dr. Shoemaker's new web site SurvivingMold.com. The information there is invaluable. I highly recommend that you spend some time on the site to better understand how to evaluate and approach biotoxin-related illness (whether it be Lyme, Mold, or other biotoxins). The Biotoxin Pathway is the best summary of Dr. Shoemaker's work. To view it as a PDF, click the image below. Here are some key points I took away from the weekend. 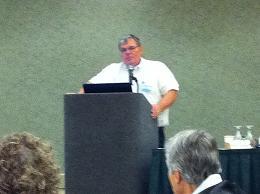 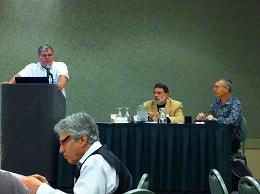 Disclaimer: The information captured here is from my personal notes at the event. It is possible that errors may be present. If you have any corrections to the content above, please Contact Me.
Note: As this information may be updated as any errors are found, I kindly request that you link to this single source of information rather than copying the content below. If any updates or corrections are made, this will help to ensure that anyone reading this is getting the most current information.