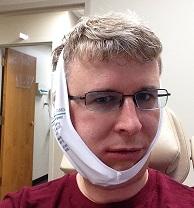 According to Dr. Louisa Williams in her article, "a cavitation is a cavity or hole of infection in a bone. In surgical nomenclature however, cavitation surgery is the term for the dental surgical procedure that removes diseased bone from within this cavity so that new healthy bone can grow back."  In my own journey, it was the one thing I had hoped to never have to explore personally, but then if I didn't, I may not get the full Lyme experience (sarcasm).

In September 2013, I shared my visit with Dr. Simon Yu MD in my blog.  In that consultation, Dr. Yu suggested that there may be a dental issue impacting my overall health.  He suspected the most likely was the lower right wisdom tooth extraction site and possibly upper right as well.  The minute he said that, I knew he was probably right as lower right had come into question with another practitioner earlier but was not a priority at the time.  It was also the site of a dry socket after my wisdom teeth were removed in high school.  It seemed clear to me that now was the time I had to address this issue or all of my other efforts to continue to improve my health could be wasted.

I had always hoped that I would get through the "Lyme ride" without having to deal with any cavitation work as it had sounded so brutal in the past when I had spoken to others that had done it.  That said, I also knew people that found it a very important part of their recovery story.  Perry Fields talks about her cavitation experience in her book The Tick Slayer which I recommend reading. 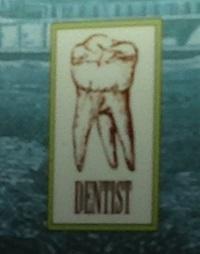 I went back to St. Louis in late October where I saw Dr. Yu for a follow-up appointment.  Overall, his evaluation was much improved after having done a month-long parasite cleanse for a suspected protozoan organism.  Surprisingly, even the initial dental stress wasn't as obvious on the second visit, but with enough probing, it was still determined to be a likely issue.  Thus, I worked with Dr. Yu's oral surgeon and had an evaluation to explore this possibility further.

The surgeon indicated that he saw no signs of infection on the panoramics and that my dental health was probably the best that had come through his door.  That said, he acknowledged that it would not be the first time that Dr. Yu had suggested a possible cavitation that was not visible on X-ray but that was confirmed present after surgical intervention.

My own muscle testing also suggested that this was an issue that I needed to address, and I knew that if I walked away, I would always wonder if that was a big piece of the puzzle that remained.  I kept hearing Dr. Yu say, "if you feel 95% now, you could probably feel 150%" and that there was much potential for even better health.  I decided to have the procedure done.

Quite honestly, the anxiety leading up to the procedure was probably worse than the procedure itself.  It lasted less than an hour and other than the numbing injections and sensations of pressure, the procedure was very comfortable.  When he opened up the sites, the surgeon immediately confirmed that it appeared Dr. Yu was right.  The lower right area was "mushy" and as they started to remove bone, it dropped into a hole where the original tooth had been extracted that never filled in with healthy bone.  When they opened the upper site, they were surprised by "orange fluid" that started leaking out.  After the procedure was complete, I did two days of supportive nutritional IVs.

The recovery was not easy.  It took about 8 days before I could remove the gauze from my mouth and eat normally.  My cheek had swelled up and apparently was bitten.  Thus, when I tried to chew without the gauze, I would bite it again.

For the week after the procedure, it was mostly smoothies, soups, gluten-free oatmeal, and other soft foods.  I had to keep ice on it for several days and then switched to heat.  The headband with insertable gel packs made that quite convenient.  The only problem was people assumed I had a face lift.  I could not fly for 3 days after the procedure and limited any vehicle time as the vibration from driving can dislodge the clot and impact the outcome.

They had given me an RX pain medication, but fortunately, I didn't even use it.  Instead, I used several different homeopathics many times a day.  Energetix Dental Chord, Energetix Relief-Tone, and Body Mend were very helpful options.  I continue using Dental Chord and will for several months to support the healing process.

The pathology report took several weeks, but did ultimately confirm that both sites were infected.  In speaking with other practitioners that have had many patients doing cavitation work, it can be a difficult couple of months afterwards; especially for people that have had Lyme disease as surgeries, accidents, and emotional stress are known triggers that can reactivate infections.  Two of my doctors suggested going back on antibiotics if any symptoms were to recur, but these did not appear to be needed with energetic testing, and thus I did not pursue them.

My acupuncturist of several years always found stress in my system, limited energy reserves, and either digestive or kidney weakness.  It was a rare day that I would see her that everything looked good.  The three visits thus far after the procedure showed a huge shift.  She said my body was deeply processing and that my system overall was much stronger.  I was honestly blown away by what a difference she was able to sense.  She even commented that she was not a supporter of the procedure prior to me having done it, and that I had changed her mind now on cavitation procedures.

A naturopath that I regularly work with for energetic testing usually finds 8-10 new products to either add or rotate in my protocol.  After the procedure, there were only two things.  One for inflammation which has always been my primary issue and a homeopathic to support the thyroid.  I literally thought the fax must not have come through and a page must have been missing!  This was another huge validation that things were definitely heading in an even better direction.

I did make a couple of mistakes along the way that I wish I had done differently.  I will share them here with the hope that they will help someone in the future.

1) The lab that did the pathology report was disappointing as they made no attempt to identify specific microbes.

A practitioner had suggested to me prior to the procedure to get a kit from Dental DNA and have some of the sample sent there.  I incorrectly believed that the surgeon was familiar with the lab and did not pursue the secondary testing.  I now wish I had as the pathology report was not what I was hoping for.

2) I would have asked for a portion of the sample to make a homeopathic medication from my specific infections.  I think this could have been a very powerful healing tool.

While it is true that we learn from our mistakes, I hope I never have the opportunity to revisit this kind of a procedure and this maybe this information will benefit someone else.

Overall, I think that making the decision to address the cavitations was the right thing to do.  It has been 8 weeks since the procedure and I am in a good place.  Some have suggested that it can take up to a full year for the entire healing process to complete.  I'm looking forward to continued improvements now that my body has one less thing to contend with.

Thank you to Dr. Yu for suggesting that I explore this possibility further and to the surgeon that made it happen.  I am grateful.