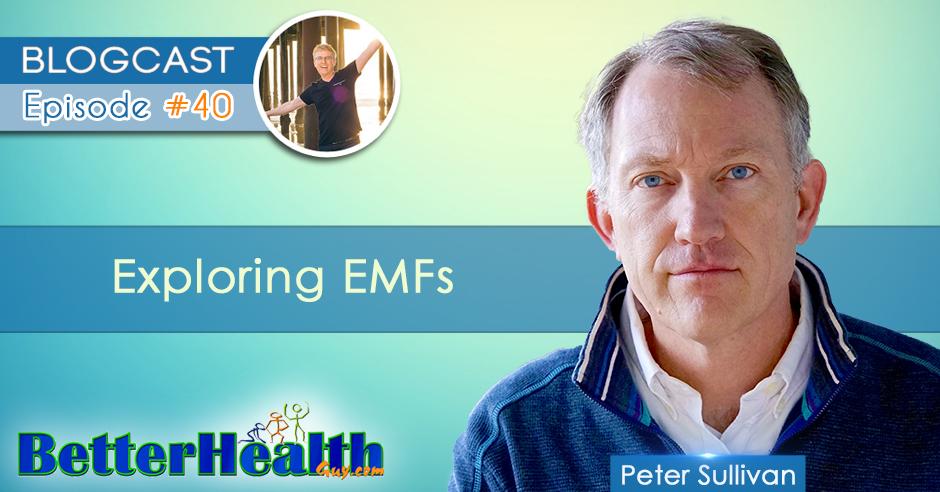 In this episode, you will learn about EMFs, their health consequences, and how to mitigate EMF exposure.

My guest for this episode is Peter Sullivan.  Peter Sullivan is the founder and CEO of Clear Light Ventures, Inc., as well as an environmental health funder who focuses on toxins and wireless safety. He has spent the last 15 years successfully recovering his two sons from autism and sensory issues. In the same time period, he recovered from mercury poisoning and the effects of high levels of wireless and EMF exposure.  Peter's work on detoxification and EMF have been featured in the book “Toxin Toxout: Getting Harmful Chemicals Out of Our Bodies and Our World”, the book “The Out of Sync Child Grows Up: Coping with Sensory Processing Disorder in the Adolescent and Adult Years”, and CNN's “Morgan Spurlock: Inside Man”.  He serves on the advisory board for the International Institute for Building-Biology & Ecology and on the board of Pure Earth.  Over the last 10 years, Peter has funded efforts to reduce mercury and other toxic metals from the environment. He funded roughly half of the National Resources Defense Council’s mercury program, and in 2008, they successfully sued the EPA to close the cement industry’s exemption from the Clean Air Act. This victory resulted in an annual healthcare savings of approximately 6.7 billion dollars. Additionally, he funded the work of several non-profits working toward the UN’s international mercury treaty which was signed in 2013.  His efforts are now focused on raising awareness about the known health effects of wireless radiation and EMF (electromagnetic fields), both of which are listed as group 2B carcinogens by the World Health Organization.  Today, Peter is one of the leading funders in the country in this area of research, funding work at Harvard, Stanford, University of California, Berkeley and several leading environmental health non-profits.  He speaks about autism and environmental health at conferences throughout the United States and abroad. Previously, he was a software designer for Netflix, Inc., Interwoven, Inc., Excite@Home, and Silicon Graphics. Prior to working in high-tech, he was an Executive Officer and pilot in the United States Navy. He has a B.A. in psychology from University of Detroit and an M.S. in computer science from Stanford University.