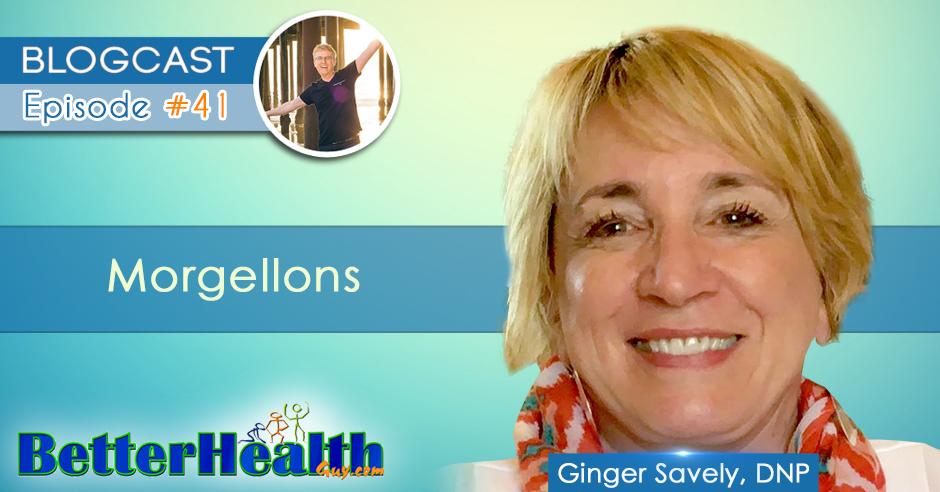 In this episode, you will learn about Morgellons, what it is, and how to approach treatment.

Dr. Savely graduated in 1972 from the University of Maryland with Bachelor’s degrees in Psychology and Music. In 1978 she earned a Master’s degree in educational philosophy from Lesley College in Cambridge, MA. In 1985, she enrolled in the nursing program at the University of Texas at Austin and in 1988 completed her Bachelor’s of nursing degree. Dr. Savely worked as an RN for the next 10 years in pediatrics, obstetrics and gynecology, urgent care, and family practice. She received her Master’s degree in Nursing and certification as a family nurse practitioner in 1998. During this time, she became interested in and progressively more knowledgeable about Lyme disease. By 2003, 80% of her practice was devoted to Lyme patients. At about this same time, she became aware of a strange new disease called Morgellons disease. When word got out through a local news story that she was helping these patients, people with the symptoms of Morgellons disease started coming to her by the dozens. In 2004, she was honored with the title of Texas Nurse Practitioner of the Year for her work with Lyme and Morgellons disease. Dr. Savely began to publish articles, do presentations at conferences and appear in the media about her work with Lyme and Morgellons disease. She was accepted into the International Lyme and Associated Diseases Society and sat on the advisory Boards of the Texas Lyme Disease Association and the Morgellons Research Foundation. Doctors in Austin had a very narrow view of Lyme disease. They were convinced that it did not exist in Texas and thought that even if it were contracted elsewhere, a simple week of antibiotics would totally cure it. Many of them resented the fact that a nurse practitioner had the nerve to use diagnosis and treatment methods that went against the prevailing medical paradigm. From 2003 to 2006, at the instigation of the Texas Board of Medical Examiners, Dr. Savely endured a drawn-out investigation by her regulatory board, the Texas Board of Nurse Examiners. The Board investigation finally ended with no more than trivial findings and what amounted to a “slap on the wrist”. In 2005, having seen the “writing on the wall” and realizing that her days of practicing in Texas might soon be over, Dr. Savely had opened an auxiliary office in San Francisco. Although many doctors in Austin believed in what Dr. Savely was doing and even referred patients to her, none would agree to collaborate with her for fear of raising a red flag with the medical Board. Because Dr. Savely could find no other physician in Austin willing to assume the risk of practicing with her she moved her practice full-time to San Francisco in 2006. In 2009, Dr. Savely earned a doctorate degree in nursing practice from Case Western Reserve University in Cleveland, Ohio where she was honored with the Dean’s Legacy Award. In March, 2011 she moved her practice from San Francisco to Washington, DC. In 2016, she published her book "Morgellons: The legitimization of a disease: A Factual Guide by the World's Leading Clinical Expert" which is available on Amazon.com.