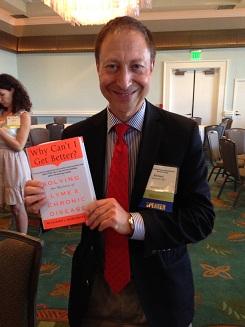 This blog entry summarizes some of the notes I took at the ILADS conference in San Diego in October 2013. As there were many concurrent sessions, the below does not reflect the overall nature of the ILADS event, but rather the specific interest in topics that most resonated with me. Thus, this may be a more integrative or alternative view of the event than others may have experienced. It was a superb weekend with many great practitioners and healers to learn from. It was my 8th ILADS conference! The full event or individual sessions are available for purchase as videos or DVDs at the ILADS site at http://www.ilads.org.  The CD with all of the provided conference presentation slides is also available here and is an excellent resource.

The event was held at Paradise Point in San Diego.  I have to say that I really enjoyed spending the time in San Diego.  The weather was great.  After so many of these events, it was almost like a family reunion.  I attended several of the lectures, but I also skipped several in order to be able network with people and learn more about the exhibitors, etc. that were present.  I often find some of the most interesting things I learn come from conversations had in the hallway.  While I don't know the official count of attendees, I can say the event was quite large and it is always exciting to see the growth of interest in Lyme over time.  When I first started going to the event eight years ago, it didn't seem nearly as big as it is today.  People are starting to listen.  Many great doctors and healers are working hard to bring us new solutions and better treatment options.

I had been looking forward to reading Dr. Horowitz' new book "Why Can't I Get Better?: Solving the Mystery of Lyme and Chronic Disease".  I'm just starting into it, but it looks like it is going to be a treasure for those of us recovering from Lyme.  I'm very grateful for this new source of information from one of the top doctors in the field. 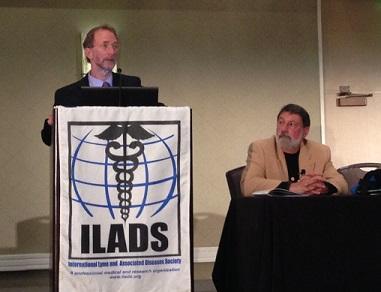 Kristine Gedroic MD lectured on "Utilizing Herbs and Homeopathics in Management of Tick-Borne Diseases". Her talk with one of my favorites and information packed. What I captured in my notes during the talk was only a portion of all of the information shared. For those interested, I suggest watching the video as it was superb.

Charles V. Burton MD spoke on "A Neurosurgeon's View of Ethics in the Treatment of Tick-Borne Disease". 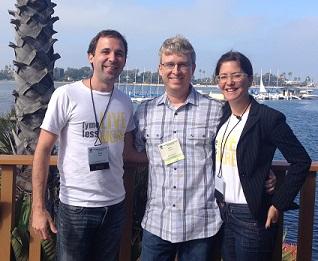 Joe Brewer MD spoke on "Mycotoxins and Chronic Fatigue Syndrome". This was one of my favorite talks as I've been personally impacted by mold and also feel it is one of the very commonly overlooked issues in many people still struggling with illness.

A question and answer session of several practitioners took place and a few interesting points were: 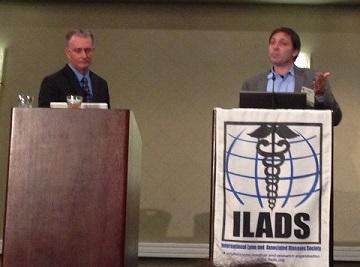 Sunjya K. Schweig MD spoke on "The Lyme and Gut Connection: The Role of Diet and Gastrointestinal Health in Treating Lyme Disease".

In other Q&A discussions, I learned the following from the panel: