Well, this was the page that I never wanted to put out and yet in a way, I am glad I finally have some answers.  I was diagnosed with Lyme Disease and Ehrlichiosis on July 22, 2005. Subsequently, Bartonella and Babesia also came into the mix.

Though I was disappointed to find out that Lyme was the root of my problem, at least I finally know that it is not all in my head and I have an explanation for my symptoms.  As I went to the doctor to review my lab results, I was convinced that I wanted the diagnosis to be Lyme just to have an answer, but then, I must admit, when I finally heard it and saw it on paper, I felt very unsettled.  I was scared.  I spent part of the day crying.  I now knew what I didn't want to know - that this was going to be a long and difficult road - a road that few people would be able to understand or relate to except for those of us on it.

After eight years of questionable health, I finally had some answers.  I was sick from 1997-2000 and then largely healthy from 2000-2004.  Again in 2004, things took a downturn.  During my first episode, I was diagnosed with confirmed parasitic infections.  In 2004, it was assumed that the cause was once again a parasitic condition.  The focus was on treatment for an unconfirmed parasitic condition and though treated, my symptoms did not improve.  Both myself and my doctors believe that the underlying issue has been Lyme Disease from the start in 1997.  In fact, I remember a tick bite in 1996 shortly before my life seemed to fall apart.

I continued to suffer from blurred vision, floaters, muscle twitching, numbness/tingling and burning sensations in my arms and legs, fatigue, nausea and more.

What led me to a diagnosis of Lyme Disease after 45 doctors missed it? 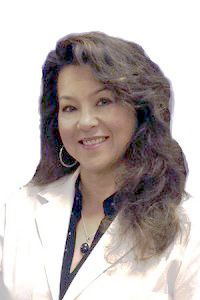 One of my MDs referred me to Anna Manayan, J.D., Dipl.Ac., L.Ac. primarily for my allergies.  Ms. Manayan practices an allergy technique called BioSET™.  I was excited to learn that the approach used a computerized-testing mechanism.  Being a computer professional, I could relate to technology and understand it far better than other modalities in the field of energy medicine such as applied kinesiology.

On my very first visit, I learned that I was allergic to nearly all foods, all airborne allergens, my own vitamin supplements, and more.  Then, I was tested for pathogens using the computerized testing approach, a variation of EDS (electro-dermal screening).  Ms. Manayan came back with numerous positive results on the Lyme Panel.  She specifically documented that I was stressed by Ehrlichiosis.  I was skeptical.  Ms. Manayan suggested that I return to my MD to confirm the results with blood testing.  Her findings can be found here.

I left her office and did some research on Ehrlichiosis.  What I found was disturbing and certainly could not be what I had.

Whoa!  Scary stuff.  I went to the MD and had the IGeneX panel run to prove her wrong.  Well, after 900 dollars and nearly a month later, I got my results.  She was RIGHT! My  Ehrlichia (HME) IgG titer was 1:160 which is high.  The lab director suggested that this needed immediate treatment intervention.  Borrelia burgdorferi was equivocal (not CDC positive, but had Bb-specific bands positive on a Western Blot).  With the HME, equivocal Bb, and clinical symptoms, I was officially diagnosed with Lyme Disease.

In late July 2005, I also did a Q-RiBb from Bowen Labs and the results were positive for Borrelia Burgdorferi with a serum dilution of 1:32.  That test is highly debated and was later discounted, but at the time, it was another suggestive indicator.

In November 2005, I was also diagnosed with Bartonella.  My Ehrlichia (HME) titer was now higher at 1:320 and I also showed evidence for the first time of the granulocytic form of Ehrlichia (HGE).    Several months later, Babesia was also confirmed via blood testing.  What the energetic testing revealed many months earlier, conventional testing took quite some time to confirm.

The prognosis was unknown, but the basis of my symptoms seemed more clear and I began to improve with treatment.  Who would have ever thought that all of this could come from a diagnosis using a high-tech computer?  Amazing!  The lady that my friends once called "The Voodoo Priestess", I now call "The Miracle Worker".