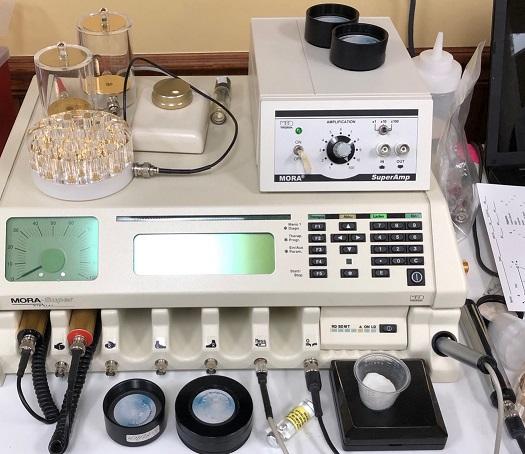 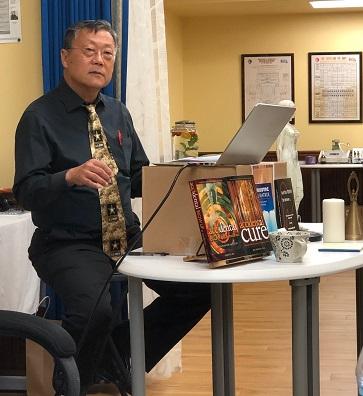 In August, I wrote a blog about attending Dr. Simon Yu's Acupuncture Meridian Assessment (AMA) Training course.  While I was there, I decided to schedule an appointment to have him evaluate me with his AMA system as well as it had been several years.

Around January 2019, I started having sleep problems for the first time in my life.  Everything else was status quo.  I was still working hard, going to the gym, and doing well overall, but the lack of sleep was taking a toll.  Nothing seemed to be working.

So in August 2019, Dr. Yu evaluated me and found that all of my meridians were initially balanced.  He then did a provocation technique which puts additional stress on the system to find previously hidden or unrevealed issues.

He then retested the meridians and found that my large intestine, liver, and allergy-immunology (modern disease) points were out of balance (as seen in the image).  Fortunately, he did not find any dental issues (I had already done cavitation surgery and bite adjustment work from prior work with him years earlier).

While the parasite finding was somewhat surprising, I had traveled to several countries months before the sleep issues began (and we also know that parasites are not that difficult to acquire). It could have been that the parasites were triggering cortisol elevation while sleeping which led to the sleep difficulties.

Dr. Yu put me on a three month protocol with alternating cycles focused on the parasites and the fungal colonization as well as detoxification and drainage support including several liver-gallbladder flushes.  Dr. Yu used a combination of prescribed and natural options for parasites and fungi.

I found the protocols tolerable, but not easily.  I had to ramp up my focus on detoxification, including colonics, in order to remain functional while on the protocol.  I actually found the fungal cycles to be more difficult to tolerate than the parasite cycles.

In December 2019, I returned for a follow-up with Dr. Yu hoping that the parasites would be a thing of the past.  They weren't.  He had to look much harder than the first time; employing even more advanced provocation techniques to unmask any remaining stressors.  Finally, he found the only point that was imbalanced - it was the allergy immunology point.

This point is traditionally not one that is associated with parasites, but guess what?  It was the parasite protocol that balanced the meridian.  So, back on three more ten-day cycles of parasite treatment with an additional three liver-gallbladder flushes.  This was relatively easy compared to the first cycles; particularly given that there was a ten-day break between cycles which was not the case previously.

I returned in February 2020 for an additional evaluation.  This time, we found all of the meridians were balanced. Even with the provocation techniques (or "advanced interrogation techniques" as Dr. Yu calls them), all of the meridians were balanced.  This was good news.  While my sleep had improved, it was not back to where it was prior to having worsened about a year prior.  Dr. Yu continued to look for more answers. 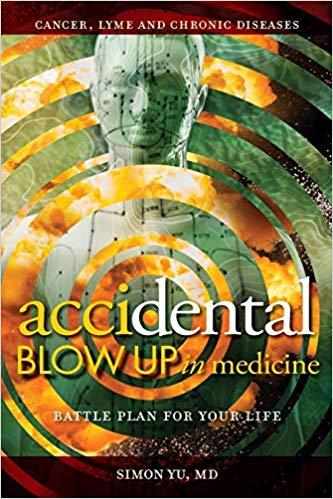 While exposing my system to EMR/EMFs as yet another interrogation technique, he then found that the meridians associated with my immune system and endocrine system became imbalanced.  Thus, EMF exposure is a significant stress on key parts of my body.  Once EMFs were identified as a stressor, he then looked for things that might be associated to the EMF stress and found heavy metals were playing a role.  Many say that heavy metals act as an antennae for EMFs.

I have been detoxing for years and continue to focus on detox daily.  That said, this wasn't the first time metals came up in energetic testing as an issue, and doing parasite and fungal killing can lead to more metals being released into the system.  We did a provoked urine heavy metals test to see what may be happening.

Fortunately, the results were quite good, though there were some mild elevations of lead, tin, and tungsten.  Dr. Yu recommended a long-term protocol with more focus on metals specifically with the hope that it will reduce any EMF sensitivity that may be playing a role in any remaining sleep issues.

Getting to the point that Dr. Yu doesn't find more significant issues is a triumph.  His office joked that they need to make certificates for his graduates.  Dr. Yu is an expert in finding many of the key things other doctors may miss; namely parasites, fungal, and dental issues.  It has been an honor and a blessing for me to have the opportunity to work with him.  I highly respect Dr. Yu and his work.  While he's not requesting to see me again for a year, I'll definitely be back.

His recent book AcciDental Blow Up in Medicine: Battle Plan for Your Life is a fantastic resource for patients and clinicians alike.  I highly recommend it if you are interested in learning more about the often unexplored contributors to chronic health challenges.