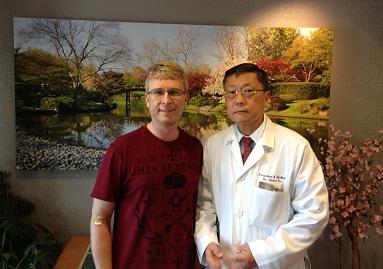 While overall, I've done well with my recovery and often feel I've reached 95%, I continue to look for other tools to lead to even better health.  I still have inflammation, especially in my upper shoulders and neck, which I would like to reduce.  Part of it I know has been the result of the immunotherapy which I continue to do at low dose to keep nagalase down and support my immune response, and part of it is that I just seem to be more prone to inflammation than I want to be.  So, I made the trip to St. Louis, MO to work with Dr. Simon Yu, MD.

I read Dr. Yu's book "Accidental Cure" a few years ago when it first came out.  I've met him at a couple of conferences in the past.  I've done some of his protocols through my work with another doctor, but I never had the opportunity to see him myself.  He was hosting a conference in September 2013 near his office.  I called to see if he had an opening the day before the event, and the universe gifted me the opportunity to see him.  I was there from 9am until after 4pm.  What a day it was!

Dr. Yu uses many different tools and techniques and is a skilled master in pinpointling potential causes of "dis-ease".  Two of his specialties are the treatment of parasites which is described in detail in his book and the impact of dental issues on health.  A number of different energetic testing modalities are used in an appointment including the use of a Mora device to look for stress in various meridians.  He measures of total of 40 points and makes the analogy that each point is like a string on a violin.  Any of them can be out of tune.  In my case, 8 out of 40 were "out of tune" and indicating some opportunity for improvement.  Once he has run through all of these points, he literally plays the meridian points like a piano and listens to what they tell him.

In my case, here's what he felt were areas where improvements might be made: 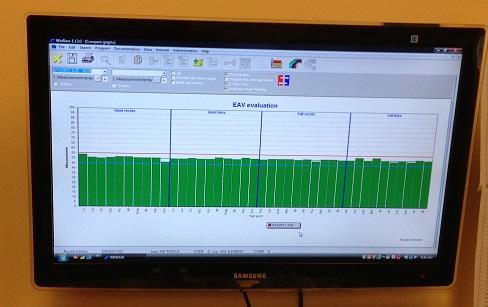 Those were the main findings.  The next 30 days consists of another round of parasite cleansing with Ivermectin, Biltricide, and MediHerb Wormwood Complex along with a homeopathic for allergy and detoxification.  I'm also supposed to start Double Helix Water which I've tried in the past but seeing it clearly have an effect on the meridians on the Mora is enough for me to revisit it.

We also did thermography which showed no obvious issues.  Hair analysis was done along with a DMPS-provoked metal test for heavy metals.  Blood was drawn for food allergies.  I've had some of these done in the past, but Dr. Yu has his ways of doing these and I decided to do them again to see what other information they reveal.

Overall, I was impressed by Dr. Yu and felt that he was a very compassionate doctor that brings some very unique skills to the table.  I'm looking forward to continuing to explore the issues that he identified in our appointment.  As he said, if I feel 95% today, I haven't realized yet how good I can feel.  That's a good thought....