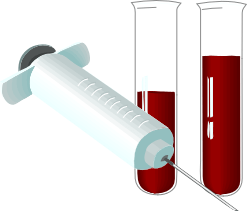 At the 2010 ILADS annual meeting, several vendors were present to share the latest information on their testing offerings for Tick-Borne Infections. It was nice to see progress being made in this arena, though the general consensus is still that more progress needs to be made in terms of finding tests that have even higher levels of sensitivity (i.e. no false negatives).

1) Spiro Stat Technologies has a number of options that I suspect will become very useful to many of us dealing with TBIs. They offer a Lyme Panel, a Babesiosis Panel, and a Fungi Panel. I talked in more detail about this option in a recent blog that can be found here. Their web site can be found here.

2) IGeneX has some exciting new tests which add to their library of useful testing options for people with TBIs. First, they now offer a Bartonella FISH (Fluorescent In Situ Hybridization) test which may prove useful for those people infected with Bartonella but not showing any immune-response to it as the result of a depressed immune system. A FISH test is an antigen based test, not an antibody test. IGeneX has had the Babesia FISH test available for some time and now offers a similar test for Bartonella. The new test looks for four types of Bartonella including B. vinsonii, B. berkhoffi, B. henselae, and B. quintana.

Next, IGeneX now offers a CD57 test which they report may be more useful that other offerings on the market. Interestingly enough, at the same conference, there was suggestion that CD57 can be depressed by much more than just Borrelia including Chlamydia pneumoniae, being in the middle of a strong Herxheimer or die-off reaction, and possibly even the emerging XMRV. So while I think the CD57 test is a useful marker from time to time, it isn't a very specific test in my opinion.

Lastly, IGeneX now offers the "Borrelia Elispot-LTT" which looks at T-cell activity against Lyme disease. This test sounds similar to the MELISA test mentioned above though I am not sure if it is done by that lab or another lab. My understanding is that the panel is the result of the work of Dr. Armin Schwarzbach at the Borreliose Centrum Augsburg (http://www.b-c-a.de) and that IGeneX performs this test in partnership with Dr. Schwarzbach.

3) NeuroScience now provides a variation of the original European MELISA LTT test. Their "My Lyme Immune ID" is reported to be more sensitive that many other tests on the market. It may also be a good indicator of inflammation resulting from Lyme disease. The test has two basic parts: T-cells (ITT or Immune Tolerance Test) and "Stimulated Cytokine Testing" which provides insight as to inflammation. They also offer a Western Blot which appears to include Bands 31 and 34. More information is available here.

4) Fry Laboratories is led by Dr. Stephen Fry and has offered testing in the TBI arena for the past few years. They currently offer testing for Borrelia, Anaplasma, Bartonella, Ehrlichia, Coxiella burnetti, Rickettsia, Plasmodium, Babesia, Toxoplasma, XMRV, and FL1953. FL1953 is the current name for a novel new organism that Dr. Fry and his team have observed in patients with a wide range of chronic diseases. As I understand, FL1953 is a biofilm-forming protozoan with characteristics similar to Babesia and malaria. Additional information is available here.

5) ImmunoSciences Lab led by Dr. Aristo Vojdani was very popular several years ago and then seemingly disappeared. Now they are back with Lyme and Tick-Borne Infection panels they call the "Multi-Peptide ELISA". They have a comprehensive viral panel which looks for EBV, CMV, HSV-1, HSV-2, HHV-6, VZV, and Measles. They also offer a "Gastrointestinal Autoimmunity and Gluten Sensitivity" panel. Their web site can be found here.

Though it seems there is still more room for advancement in the realm of TBI testing, progress is clearly being made and this can only bring good things. If you have had experience with any of these options that you would like to share, please contact me.