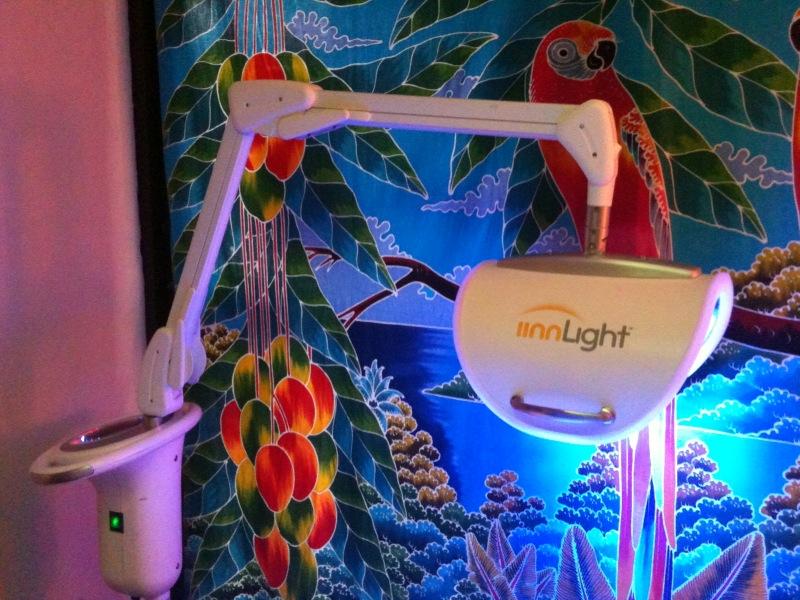 In always looking for options that will continue to bring improved health, I recently learned about iinnLight from a friend that had attended a local talk by the inventor of the product, Mellen-Thomas Benedict.

From the company's web site:

"LEDs stimulate a series of biological responses at the cellular level, causing the body to release healing enzymes that increase cellular metabolism. By activating the body's own healing system, LEDs provide a gentle, safe and affordable solution for the visible signs of aging and other degenerative issues of the body."

I drove about 45 minutes away to Capitola and had a 30 minute session on the device. The photo shows me getting a treatment on the iinnLight. It was very calming, relaxing and also rejuvenating at the same time. After having a 30 minute session, I did a quick test using an energetic system called ART (Autonomic Response Testing), and I found that my body was in a deep healing state after the treatment.

Though many people may view the device as a cosmetic tool, the benefits seem to go much further. I've spoken with a handful of people with Lyme disease that have used the device for overall health, and the reports seem to be quite good. I'm not suggesting it's a miracle, but what I've heard so far sounds promising enough that I am planning to evaluate further. 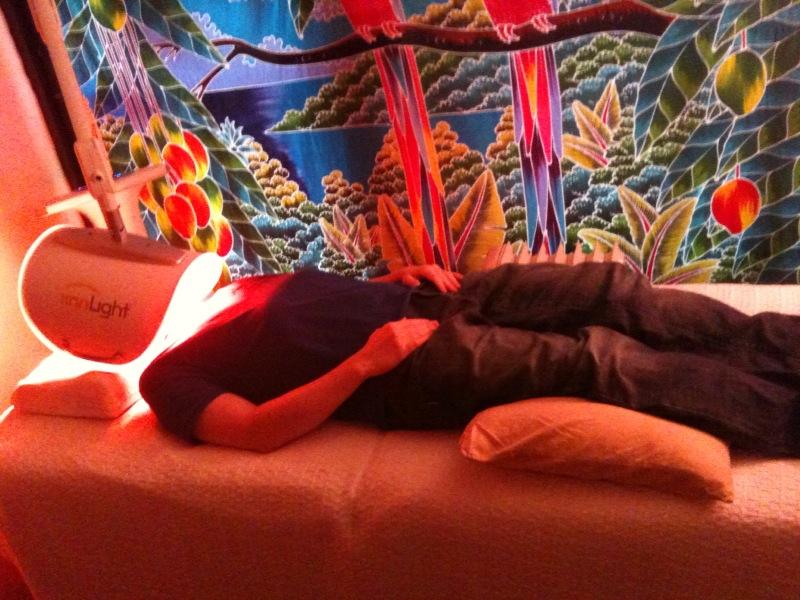 The reports of improved energy, better sleep, improved immune response, increased ATP, and reduced pain seem to make the device of potential interest to many of us with chronic Lyme disease. Time will tell.

I plan to do a few more sessions before I jump to any conclusions, but I am optimistic that the therapy will bring some additional healing properties to my current protocol. Somewhere around summer, the company is anticipating the release of an at-home device that will provide the same benefits in a more cost-effective footprint. If all goes well, I'd be very interested in entertaining that option further.