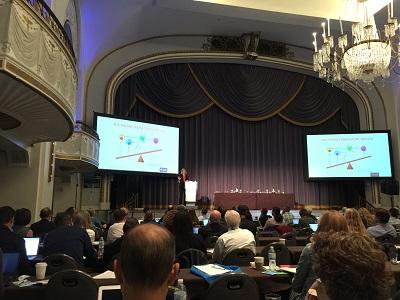 The ILADS 2017 event was my 12th ILADS annual ILADS event.  Almost 900 people attended which is impressive for a condition that many don't consider to be "real"; acceptance and understanding of Lyme disease is growing.

Much of my time at this event was spent networking, talking with potential future podcast guests, and talking with people in the exhibit hall.  As a result, I did not get to attend as many of the lectures as I have in past years, but I wanted to share the information I learned from those I was able to attend. 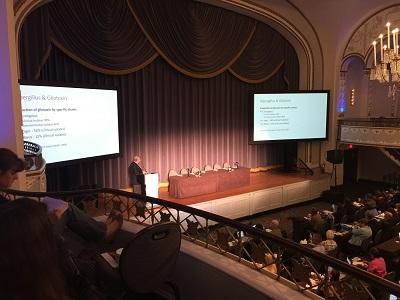 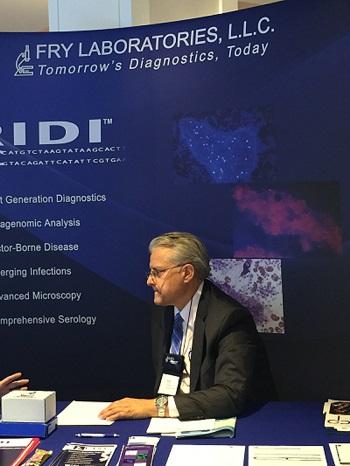 I had several opportunities to talk with Dr. Stephen Fry of Fry Labs throughout the event. I wanted to understand the latest around Protomyxzoa rheumatica and what the most current information available about this organism is.

They continued testing specimens for this organism with 10 different probes which found the organism about 50% of the time. Over time and with more advanced technologies, they have been able to more precisely identify the organisms that were being seen.

While Protomyxzoa rheumatica is a real organism, it is not as commonly observed as once suspected. At the time, there were about 200K entries in the database where these organisms are tracked. Today, there are over 46 million.

What was Protomyxzoa rheumatica is now more precisely believed to be an organism similar to Funneliformis mosseae, a fungal organism. Dr. Fry referred to it as "Funneliformis mosseae-ish" as technology and advances in medicine allow them to continue to refine their research and identification over time.

Many people isolate organisms which end up being listed in the NCBI GenBank database with serial numbers. They then look for the closest match that has an identified name rather than just a serial number. Funneliformis mosseae is the closest match. Protomyxzoa is still a real organism, but it is not as common as previously suspected.  Funneliformis mosseae likely comes from mosquitoes, ticks, and fleas.

They may do a fluorescent stain and then do more specific RIDI sequencing metagenomic analysis.  He mentioned that eukaryotes are fungal, protozoal, and algal. The have a sequencing test for eukaryotes and a separate one for bacteria.

He shared that an ideal diet would be 10% fat, 15% protein, and the remaining would be complex carbs.  Plaques in the body are fungal and like amino acids.  A common pattern in Parkinson's patients is a severe, left-sided CCSVI from microbial overgrowth.

I had a brief discussion with Jamie at the DNA Connexions booth to discuss the best options for provoking their urine test.  She suggested thirty minutes of vigorous exercise followed by the collection 60 minutes later was ideal, but realized that many with Lyme cannot do this.  Other ways to provoke in advance of collecting the urine include rolfing, deep tissue massage, sauna, sexual activity (vigorous exercise), and infrared or ultrasound (per the RK Protocol from Dr. Klinghardt's work).

On the IGeneX Western Blot, band 31 could represent cross-reactivity with viruses, Mycoplasma, or Chlamydia.