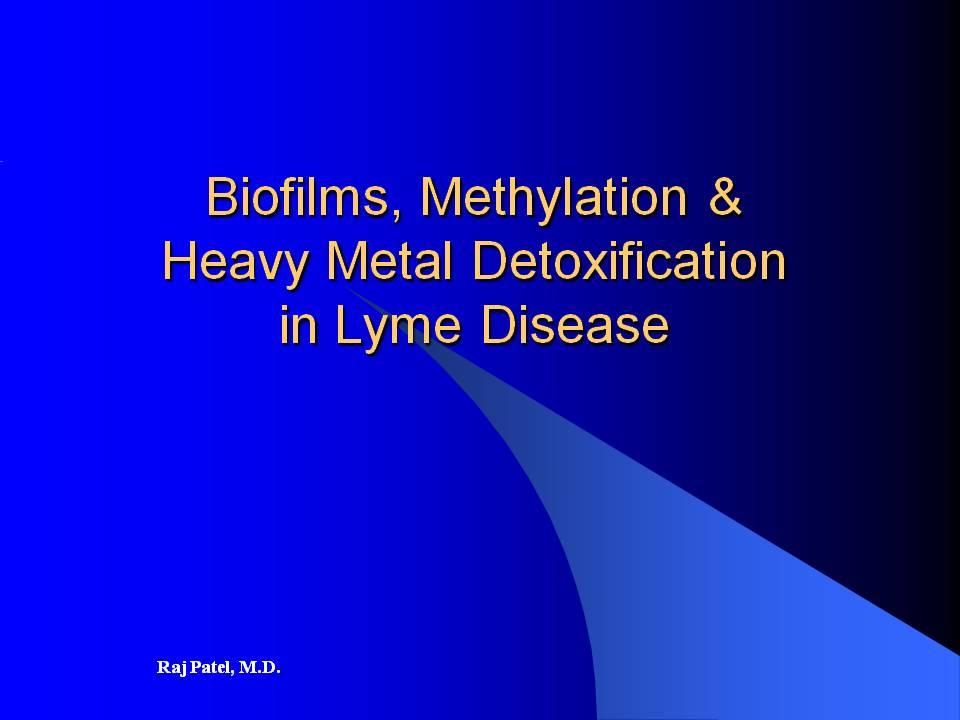 At the November 2009 meeting of the Lymelighters Support Group, Dr. Raj Patel spoke on the topic of "Biofilms, Methylation, and Heavy Metal Detoxification in Lyme Disease". The presentation was insightful and discussed numerous topics involved in the treatment of chronic Lyme disease.

Some key points that I noted: