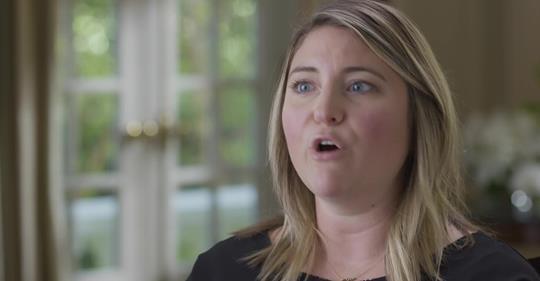 Patient Talk is a site started by John Symes, former head of MGM Studios, to share powerful video stories from patients, caregivers, and medical experts on various challenging health conditions.  Previous series that the site had rolled out include: Back Pain, Breast Cancer, Heart Disease, and Obesity.  The series on back pain was based on a condition that Symes knows all to well as he has struggled with it personally for years.  The series on breast cancer was a personal experience for Symes' wife, Meg.

Earlier this year, Symes approached me through my work with LymeLight Foundation and asked if I would serve as a consultant on their next series which was Lyme disease.  The series was being made possible by LaureL Foundation, Bay Area Lyme Foundation, and LymeLight Foundation.  While I didn't have the bandwidth to take on another project at the time, I knew it was one that I didn't want to miss being a part of either.

Fortunately, I was able to serve as a consultant to the series and worked closely with Symes over the several months that the Lyme Disease series took to create.  It was a great opportunity to work with a powerhouse like Symes who I knew would be able to share Lyme disease with the world in a very powerful way through his video stories.  I'm honored to have been able to participate, and am very happy with how the series came together.  It will educate many on the challenges that those with Lyme disease face on a daily basis.

Seventeen patients and caregivers were interviewed for the series, and five medical experts also supported the project through the sharing of their experience and wisdom around Lyme disease.  Each person that participated has a "Story" video of their interview, and then, Patient Talk created themed videos on specific topics called "Journey" videos.

The Lyme Disease series launched in late September.  The feedback has been very positive, and I am excited that it is now available to continue to educate people on what it is like to have Lyme disease.  You can find the Lyme Disease Series here.