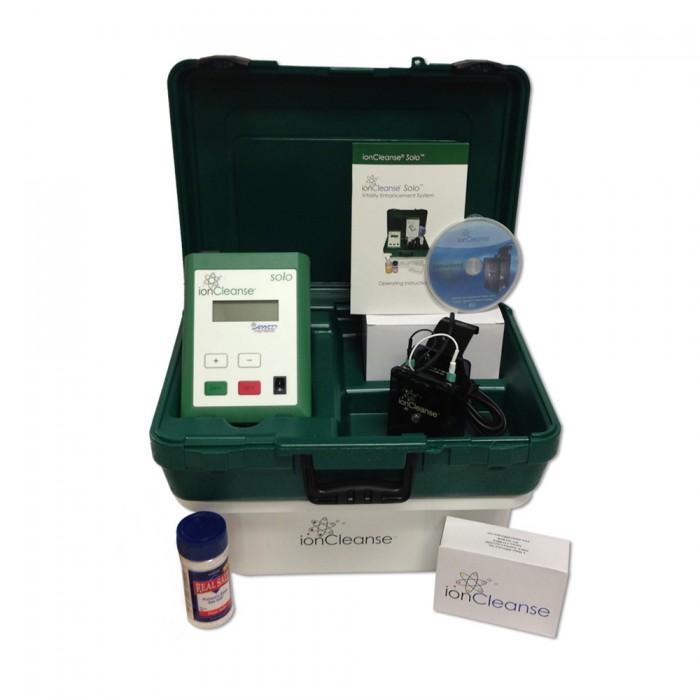 I was introduced to the concept of detox footbaths around 2007 and owned a competing footbath since then.  It had fallen off my list of things I regularly did until recently.  My local LLMD used the IonCleanse by AMD in their office and another practitioner I recently connected with was also using them.

When I attended AutismOne last year, they had a huge booth and people were doing sessions the entire weekend.  Much of what convinced me to go with this option has been the improvements that some children with autism have reported with the IonCleanse by AMD.  I had thought about getting one for awhile, and I finally decided to take the plunge (so to speak).  I traded in the one I had purchased previously and upgraded to the IonCleanse by AMD.

While the IonCleanse by AMD is an investment, I'm impressed that they offer a 100% money back guarantee.  That's not easy to find in the health arena.  They offer the Solo for home use and have a Professional unit for practitioners as well.

A Major Difference, the creator, has shared research on their products on their website.  Select Resources, Research.  A great blog that chronicles Dominic's Journey with the IonCleanse by AMD can be found here.

While my use of this particular device is around six months, I have been using it every other day and do feel some changes.  The biggest surprise was that the herbs I was taking daily for liver and kidney support no longer seemed to energetically test as necessary.  I hope that continues as it may mean taking less and spending less over time.

I have personally been of the opinion for some time that detoxification was my major challenge, and I am drawn to tools that will upregulate detoxification.

Disclaimer: No claims are being made about products described on this page. Any potential benefits listed are based on information provided by the manufacturer or my personal experience. As with any potential therapy, please consult with your doctor before starting anything new.

*These statements have not been evaluated by the Food and Drug Administration. These products are not intended to diagnose, treat, cure, or prevent any disease

Disclosure: BetterHealthGuy.com may have an affiliate relationship with the product or company described. Your use of the provided link or coupon code may support my work, as BetterHealthGuy.com may receive a percentage of your purchase. The good news is that there is no additional cost to you, and in some cases, a savings. I appreciate your support of my work as this facilitates my ability to continue sharing information. #thankyou #grateful