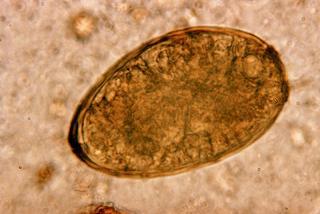 In 1997, I became dramatically ill practically overnight.  For nine months, I went from doctor to doctor to doctor until I had reached a total of 27 doctors.  My symptoms included severe joint pain and muscle aches.  The joint pain was so bad that I would often cry myself to sleep.  My balance was off.  I felt as though I was always fall to the left when sitting in a chair and even had to prop myself up on one side with pillow at night because I always felt as though I was rolling out of the bed.  I was severely fatigued and could not walk without difficulty for several months.  I had fevers, pressure in my ears, nosebleeds, blurry vision, muscle twitching, burning sensations in my arms and legs, rapid heartbeat, nausea, and more.  Every symptom imaginable became my reality.  I can't think of many symptoms that I didn't have.  I felt as though I had the flu every day for over a year.

Some sources estimate that 85-95% of the population may be infected by parasites.  These may not be causing notable illness and most of those infected may be asymptomatic but why let another organism feed on your body and potentially setting yourself up for more serious problems later?

Symptoms of parasitic infection can include:
I made every effort to do my research and diagnose myself based on my symptoms and every resource I could find.  I was tested for nearly everything.  Well, everything except parasites.  In fact, I went to an infectious disease doctor at Stanford University and even asked about doing parasite testing to which he responded that my symptoms did not seem to be of parasitic etiology and refused to do a test for it.  Many months later, another doctor did a Comprehensive Digestive Stool Analysis from Great Smokies Diagnostic Laboratories.  The test revealed many answers.  The following parasites were found:

The doctors felt as though I had my answers, but the road back to health was to be a long one.  I took so many different anti-parasitic drugs including Flagyl, Trovan, Yodoxin, as well as Diflucan, Nystatin, and other preparations to reduce problems with Candida that were created by several doctors trying various combinations of antibiotics before discovering that I didn't have a bacterial infection.  If there is one lesson to be learned, it is not to take antibiotics unless you really need them.  Antibiotics do not help viral infections and a large percentage of infections that people consume antibiotics for are in fact viral.

Further, the parasites caused Leaky Gut Syndrome, a condition whereby the lining of the digestive system is damaged in such a way that larger than normal particles of food and other substances pass through the intestines and into the bloodstream.  When they reach the bloodstream, the immune system reacts to these particles as they are not expected and a host of symptoms can result. 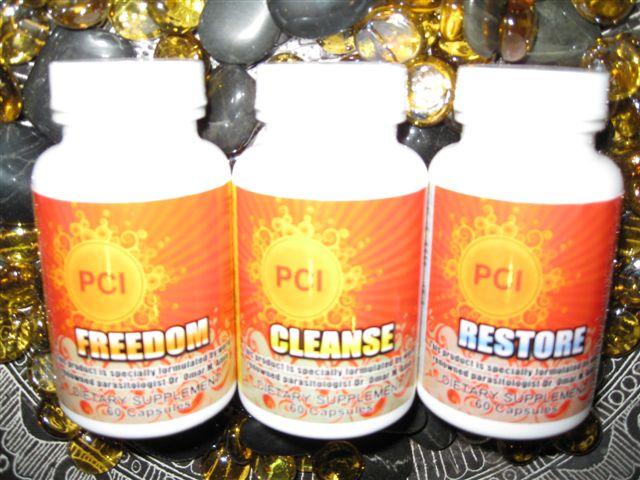 Beyond that, it is not uncommon for parasites to lead to food allergies which themselves cause symptoms throughout the body.  And if that wasn't bad enough, Candida often enters the picture.  It is a vicious cycle and one that I wanted to make every effort to break out of.

If you are healthy, as a maintenance protocol, I would investigate doing an annual parasite cleanse using herbal products that are readily available at most health food stores such as ParaGONE.  For more serious cleansing options, review the offerings at Arise and Shine or DrNatura.  I did the Colonix program from DrNatura and found it to be a good option.  Another good product with good user reports is Humaworm.  I've done their program several times over the years.

A couple of other options that I have more recently been looking into include Freedom, Cleanse, and Restore from Dr. Omar Amin, a leading expert in parasitology.  Advanced Naturals has a stronger version of ParaGone that is available through practitioners called ParaMax that may be a good option.  Finally, Ann Louise Gittleman has a Colon Cleansing Kit which includes Verma-Plus, Para-Key, and Flora-Key.

Another therapy which has been used by many with Lyme is the Salt/C protocol.  I have personally known many people that had a notable amount of worms in their stool after starting this program.  It is probably a better anti-parasitic protocol than it is a Lyme protocol.  That said, it should be undertaken only under the care of a health practitioner that can monitor your response.  It should be started slowly, and blood pressure should be monitored.  In my case, I had to stop the protocol due to significant increase in blood pressure.  I do, however, know a number of people that swear by Salt/C and have done it for months or years with what they reported as very good results.

If, on the other hand, you have any symptoms of parasitic infection or believe that you may have a parasitic infection, I would urge you to consult with your doctor.  This is not something to be taken lightly.  I would also suggest that you find a doctor will to perform a Comprehensive Digestive Stool Analysis. Though this test is not known by most mainstream doctors, it may have been the only reason that I was able to return to a better state of health after being diagnosed properly.  A number of other useful tests based on my experience with testing for parasites can be found here under "Digestive/Parasite Panels".

Sadly, however, I recognize that parasite testing in the US is about as bad as it gets.  I do believe that almost everyone has the potential of carrying around many parasites which are potentially destructive.  Thus, if you have any chronic health conditions, I would definitely consider the possibility that parasites may be a part of the picture.  They are incredibly easy to get, though often much harder to get rid of.  I had numerous negative parasite tests before energetic and other testing options revealed further parasites such as Strongyloides and Giardia...even after many negative tests!

I have found energetic testing to be incredibly useful when it comes to parasites.  Practitioners that utilize EDS/EAV can often shed some light on a complex health picture.  Additionally, ART (autonomic response testing) from Dr. Klinghardt is an exceptional way to help figure out what is stressing the body and what needs to be dealt with - even how to potentially deal with it.

I am also a believer in the use of glutamine and other preparations to help heal the lining of the digestive system.  Glutamine supports the intestinal lining and may help deal with issues related to Leaky Gut Syndrome.  Designs for Health has a product called GI-Revive that may be worth consideration here and Allergy Research has "Perm A vite" powder.  I also take high doses of probiotics to ensure a good balance of normal flora.  Some have suggested that there may be some parasites that are actually benefited by probiotic organisms.
I suggest you see a doctor if you have a parasitic condition suspected.

In July 2005 after having worked on what was believe to be the sole cause of my ongoing health challenges, it was discovered that I actually had Lyme disease.  This changed the picture in a drastic way.  However, parasites are often a part of the Lyme picture as well and clearly have been in my case.  One has to address all of the different aspects of the body in order to get well.  Parasites are often one of the aspects that needs to be investigated and dealt with.

As part of my addressing the various facets that may be related to my health condition, I started once again to implement options for reducing parasitic load.  Though conventional stool tests have not shown the presence of any organisms for years, I firmly believe that many of us have them and have to work on the many layers of any chronic illness.  These "syndromes" are not mono-factorial.

I would recommend a review of the information on parasites available from Dr. Klinghardt.  If there has been one single influence that has changed my thoughts in this area, it has been Dr. Klinghardt.  You can find his protocol on my Protocols page.  Biltricide and Alinia are two prescription products that some believe may be helpful for people dealing with parasites.  I have done both.  Tindamax, also used by many LLMDs for Lyme disease, also has strong anti-parasitic properties.  Dr. Klinghardt has suggested that when it comes to parasites, this is where some of the pharmaceutical options really shine and are often necessary.
NutraMedix Enula and other NutraMedix antimicrobials may also be good options to consider when dealing with parasites.
In Better Health,